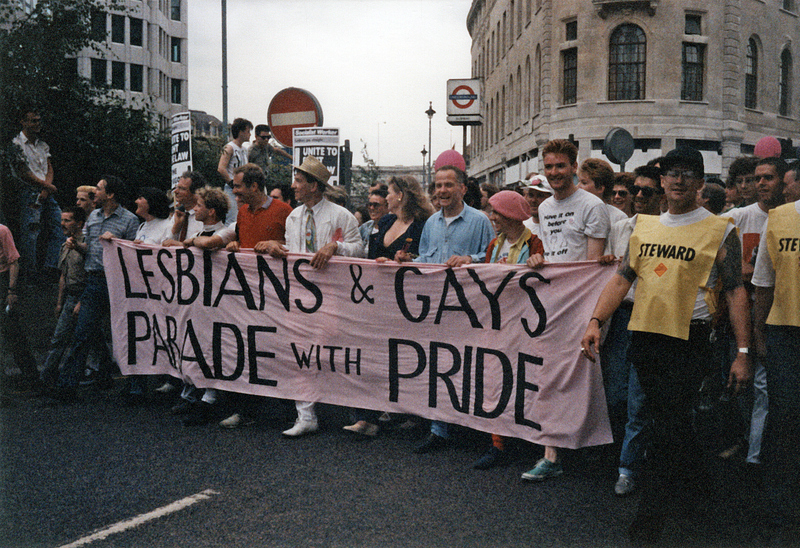 I told this story to a small group of people recently. I couldn’t quite reach the end of it without getting choked up, and when I did finish, the room was silent. ‘You should write that down’, one of my listeners said. So here it is, written down.

I came out in 1986 in England, the year after the events depicted in the movie ‘Pride’. Thatcher’s Britain was a tough place for many people, but especially if you were outside the mainstream. It was the lead-up to the infamous ‘Clause 28’, a section of the Local Government Act that made it an offense to, among other things, ‘promote homosexuality’ in schools.

1986 was also the year I got my first job – teaching English in an inner London high school. The school catchment was an unusual mix: middle class kids from St Johns Wood up the hill, black kids from Camden down the road, and white working class kids from the neighboring Kentish Town estates. 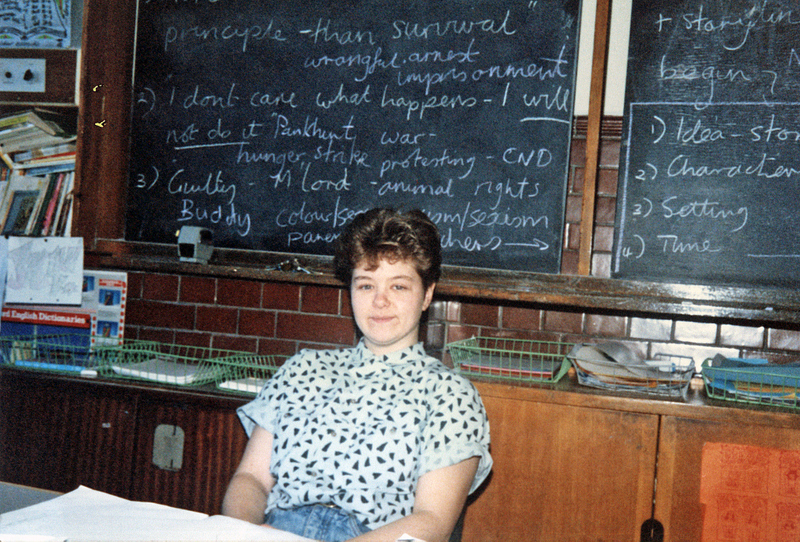 One of my students, Sue, grew up those Kentish Town estates. She was 15 when I first met her, sitting in a tipped-back chair in my Grade 9 English class. Sue was super cool, smart and funny. She walked with a swagger and other kids followed her. She was streetwise and tough, on the outside at least.

In that first term we were both – privately – coming to terms with our sexuality, and we were both – as student and teacher – working out how to safely navigate being gay at school. But for me the priority was getting through my probationary year in a tough, multi-cultural, inner-city school.

I didn’t plan what happened, but I didn’t really have any choice.

A few weeks into term Sue started to appear at my door after school on the pretence of needing help with homework. She’d hang out for an hour or so while I tidied up and marked books. Then one day she brought a friend, and then another.

I bought a kettle and a jar of coffee and they stayed.

For a long time, the talk was of other kids, of movies or bands, but inevitably it moved to the topic of sexuality. I can’t remember exactly when I came out to them – or them to me – but I do remember speculation around the school was rife. One lunchtime, Sue appeared at my door to tell me there was graffiti in the girls’ toilets, ‘Miss Tomlins is a lezzie!’ The Deputy Headmistress got wind of it and was seen dashing down the corridor with a scrubbing brush and bucket.

Over that term, Sue and the others hung out more and more. I lent them books, gave them newspapers and sent them off to a local gay teenagers’ group. And while I knew that providing a safe space was important, I also knew it wasn’t enough. I knew that the best thing I could do – the one thing that would make them even safer – was to come out myself.

It wasn’t the best time – a relief teacher had been sacked because he was gay – but I knew the staff at my school would be supportive and I didn’t think the parents would be overly concerned. It was a very political environment at a very political time. I’d say it was a carefully calculated risk.

The Friday before the annual Pride march, I walked across the school playground with a Pride badge on my lapel and I didn’t take it off until late that evening. I was shaky as hell all morning, but as news got around I started to relax. The staff were great and my union rep made a point of saying she’d back me if there was any fallout. The kids in my classes were okay too and I let them enjoy the moment: ‘I haven’t done my homo-work, Miss’. ‘But, lez be friends, Miss.’

That weekend I marched with Sue and the gang in our very first Pride. Some things stay with you always – that’s one of mine. 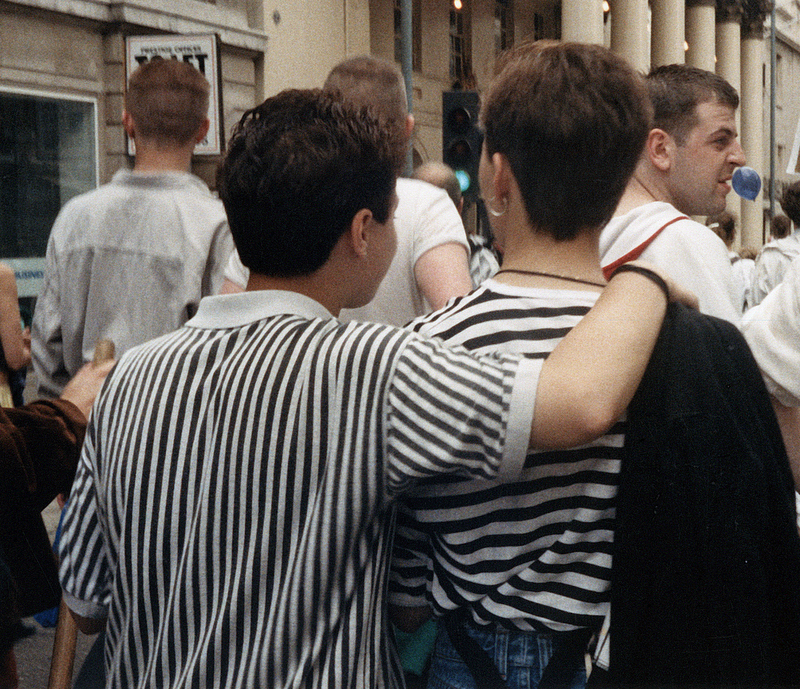 Many years later, long after we had both left the school, Sue tracked me down and sent me a letter. She talked about lots of things I didn’t know – about her family, about growing up on that housing estate with its intolerance of difference, its endemic racism and homophobia.

She talked about how her view of the world changed after I’d come to the school. She described the full impact of those late afternoons in my classroom and she told me that I had saved her life.

It was the retelling of this part of the story that made me well up in tears. And it wasn’t the recollection of Sue and what she’d been through, but it was the realisation that thirty years on, thirty years, we still have to fight to create safe places for the young people in our community. That they are still vulnerable. Still more likely to be kicked out of home. Still more likely to take their own lives.

I realised that I’d been struggling with the recent media attack – the misinformation, the outrageous claims, the ugly and blatant homophobia – that had filled my screen in the last few weeks. Most of all, I was angry that an initiative that saves the lives of young LGBTI people was being targeted by the Australian Christian Lobby (ACL) and others.

I’ve calmed down now and I’ve learned over the years that anger isn’t a very good tool when it comes to social change anyway. So here’s the thing: we know that the ACL only represents roughly 1 in 1000 Christians in Australia, but that it has significant influence over parliamentarians. As a community, we need to start challenging the ACL whenever and wherever we can, and we need to make sure we protect the Safe Schools Coalition (SSC). And we need to do this as a matter of urgency. If you could help, that would be great. Thanks.

Here’s some things to get us started – in ascending order of commitment!

• Contact your Federal MP (here) and tell them you support the SSC and why.

• If you’re a Christian, contact your Federal MP and tell them the ACL doesn’t represent you. Ask people in your church to do the same.

• If you’re a parent, find out if your child’s school is part of the SSC (here).

• If they are, send a letter of support to the Principal and ask other parents to join you.

• If they aren’t, consider approaching the school to find out how you can become a member.

PS As I post this today the ACL is campaigning for an ‘override’ of anti-discrimination legislation for the period of a plebiscite. And there are calls for the funding for SSC to be scrapped.