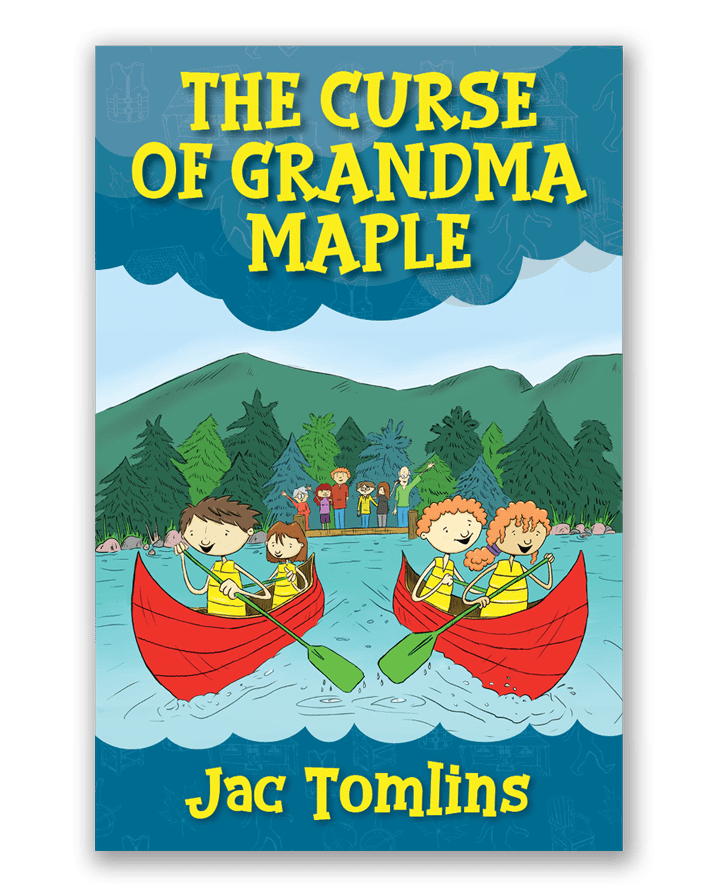 “The Curse of Grandma Maple”

The Curse of Grandma Maple is good to go!

My three kids have read a lot of books in their time (they’re teenagers now), but they’ve never read a chapter book or a novel that represents their family, a rainbow family. I wrote Grandma Maple for them (took a bit longer than I planned!) and for all the other kids in rainbow families.

But it’s a great book for all kids in the upper-primary age group.

The Curse of Grandma Maple is not a story about having two mums or being a rainbow family. It’s a story about a bunch of kids who leave the adults behind and head off to test themselves against the Canadian wilderness.

It’s about challenge and fear and how sometimes you have no choice but to face that fear. It’s about wanting to do the right thing, but sometimes stuffing up. It’s about siblings and cousins and having each other’s back.

And, coincidently, there are two mums hovering at the edges of the story just doing what mums do – you know, worrying, interfering, being annoying – but occasionally coming good by saying Yes when it really matters.

But, be warned, kids! It’s very outdoorsy and contains no electronic devices. (Well, almost none. One laptop did sneak in but, trust me, it didn’t last long.)

You can buy it as a hard copy below…